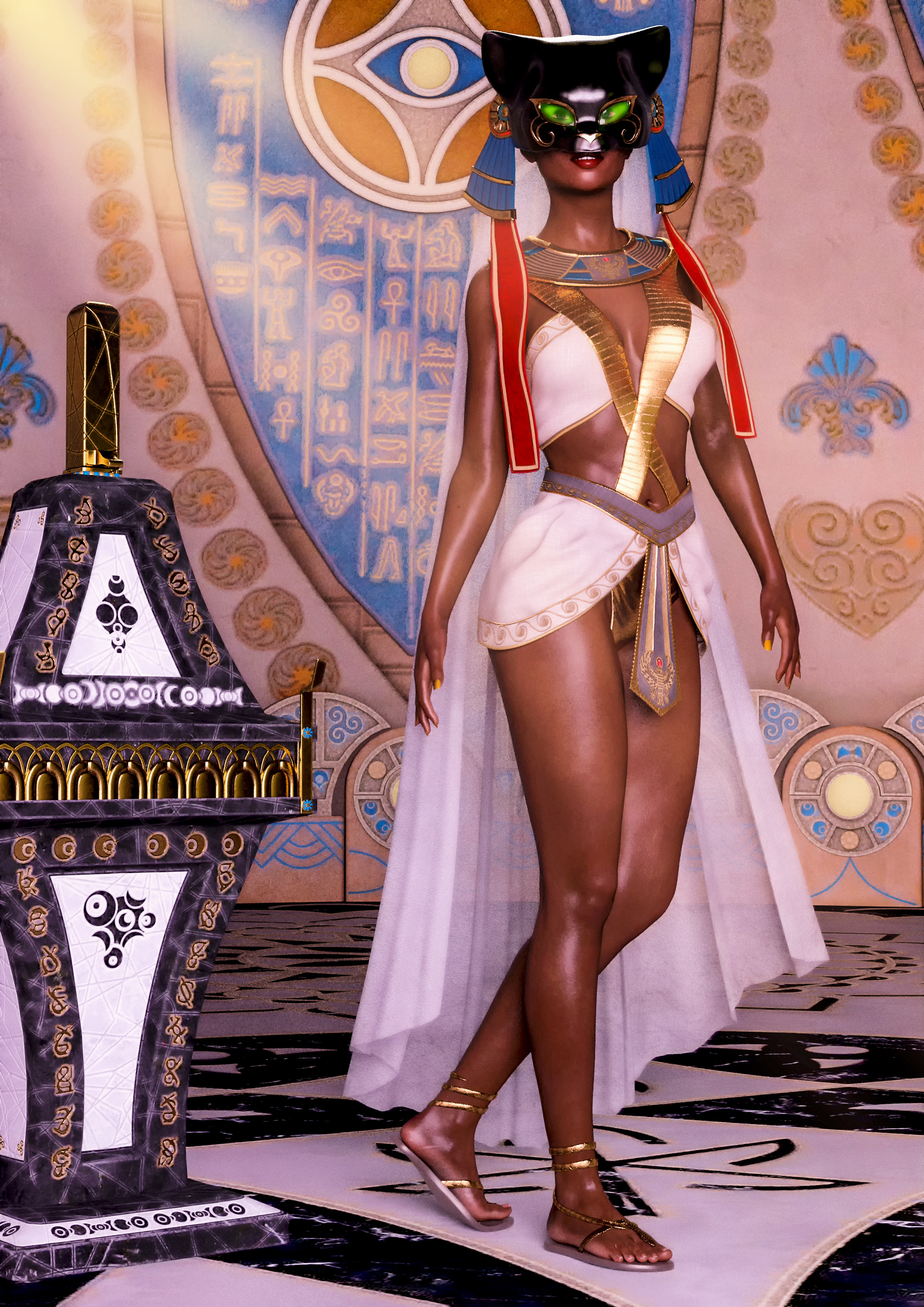 An Egyptian Cat Goddess of protection, Bastet was a fierce and beautiful creature of great love and greater defense.

Often shown as a woman with a cat's head, Bastet was the patroness of felines everywhere—sometimes switching the cat's head for that of a lioness in her more ferocious depictions.

As the daughter of Ra (the Egyptian Sun God), Bastet and her two sisters, Hathor and Sekhmet, were part of an energy known as the Eye of Ra—a fierce protective force and vehicle for their father's vengeance.

But even at her fiercest, Bastet (along with her sister, Hathor) was still considered the gentle contrast to the fiery and unforgiving nature of her sister, Sekhmet. Where Sekhmet's protective energies were more violent and bloodthirsty, Bastet's were softer—a gentle and nurturing force for good.

As both the house cat and the lioness, Bastet personified a playful duality. She was cunning yet docile. Affectionate yet fierce. Both a warm and graceful being and a ferocious and protective force.

Due to the great reverence that Ancient Egyptians had for cats, Bastet was quite a well-known and well-loved Goddess. She had many temples devoted entirely to her worship, and popular festivals held every year in her honor. There was even a town near the Nile Delta whose name translated to, Per-Bastet, which meant House of Bastet.

Despite being a popular Goddess in her time, not much is known about Bastet's life.

It is said she had a son, the lion God Maahes. But beyond that, we cannot know.

But what we do know, is that Bastet was a fiercely feminine being.

She was both lover and ruler of cats, of women, of domestic and fertile affairs.

Born from the light of the Sun, Bastet was a powerful protector, loving ruler, and gentle-hearted creature.

What does Bastet rule?

Why would one call upon Bastet?

·         To grant you and your home protection in uncertain times

·         To help with all matters of pregnancy (from conception to childbirth)