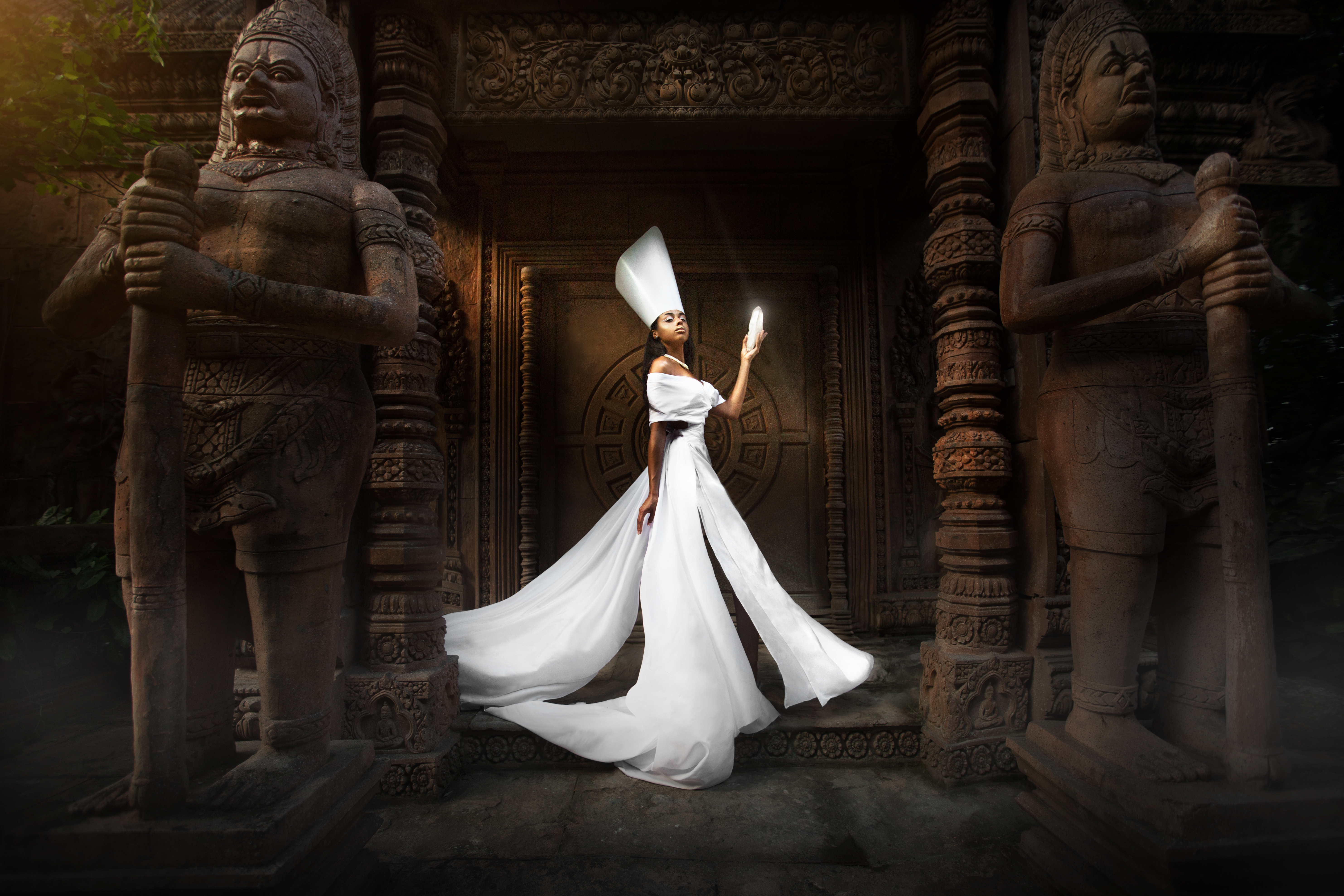 A west African Goddess of creation

A West African Goddess of creation, Mawu was known as the first mother—the one who gave life to all creatures on earth.

Mawu is often shown as an older, wise mother—sometimes depicted riding on the back of an elephant, and pregnant with all of life. She was the first and ultimate fertility Goddess. The original creatrix in all her fierce and feminine glory.

Also known as the Goddess of the Moon and night sky, Mawu was the twin sister (and wife) to Liza, the God of the Sun and day. And it was by merging together—joining their dualistic energies in holy union—that the twins were able to create all life and rhythm on earth.

It's said that Mawu used clay and water to form the bodies of all living creatures. And that later in time, when her materials began to run out, Mawu began repurposing the bodies of the dead—which is why some people look so strongly like their ancestors.

Now, it's also said that when her creations began to flourish, Mawu sought help to manage the overflow.

First, when she noticed that life began to bear too great a weight on the earth, Mawu became concerned that everything may collapse. So, she called upon the ancient serpent, and asked him to curl beneath the earth and keep it thrust towards the sky.

Next, Mawu called upon Awe, a monkey, and asked for his help in creating new animals out of clay. But Awe was boastful and prideful, and upon accepting the Goddess' request, began bragging about how he was more powerful than she. How he was the ultimate creator of life! And this wounded Mawu quite dearly.

But, just as any mother would do, Mawu decided she needed to teach her little Awe a vital and humbling lesson. She fed the monkey a bowl of porridge that carried the seed of death—reminding him that it is only she that can give life, and only she that can take it in turn.

What does Mawu rule?

Why would one call upon Mawu?