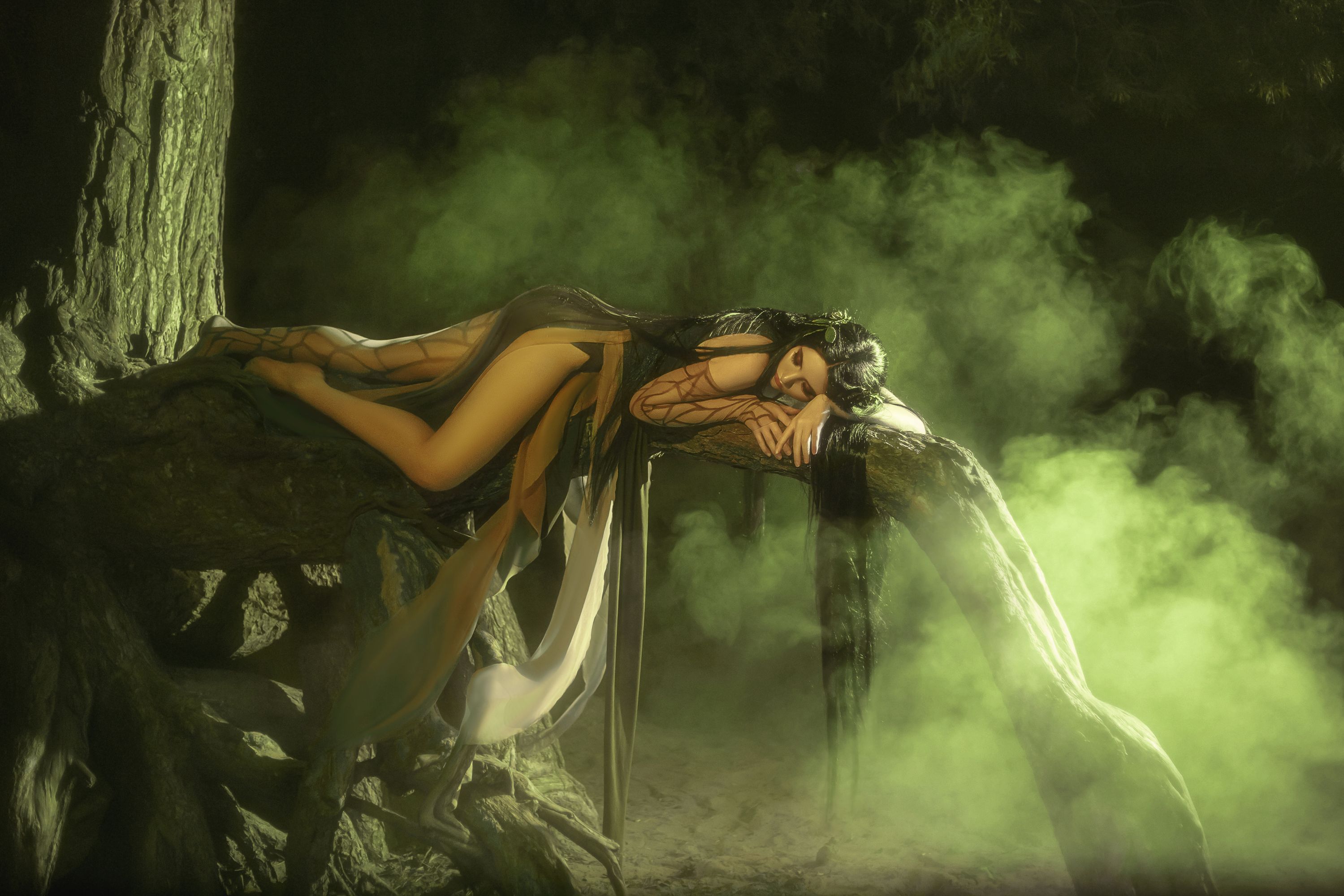 Storytime: The Myth of Orpheus & Eurydice

A tale of great music and tragic love...

Our story begins with Orpheus—a notable poet, prophet, and musician from Ancient Greece.

Orpheus was the son of the God Apollo, and the muse Calliope. And as such, was a being blessed with great power and ability. It is said that his music (which was taught to him by his father) was played with such skill and perfection that none could resist its beauty.

Now, our gifted Orpheus fell deeply in love with a beautiful wood nymph known as Eurydice.

The two were quickly married off in a grand celebration—with Orpheus playing his beautiful melodies just to watch his new wife dance in joy!

However, when Hymen—the God of marriage and ceremony—was asked to give a blessing for the two newlyweds, he met them with a grave warning instead. The God told Orpheus and Eurydice that their marriage was not fated to last. That this perfection they felt steeped in was not meant to be forever.

But the two lovers were determined to prove fate wrong.

They were determined to be a joy that lasted over the ages!

And so, they set out to do just that.

Orpheus and Eurydice lived every day together in bliss! He played his music, she danced, they loved—the two lived as all legendary lovers do.

Until one day, Eurydice went to the woods to wander with her fellow nymphs. As the gathering of nymphs danced their way through tree and vine, a venomous snake curled its way around Eurydice's foot and bit her—causing our dear Eurydice to die almost instantly.

When word of his wife's death reached Orpheus, he fell into a deep and agonizing sorrow. The God of Marriage was right! They were never destined to last. And so, to deal with his grief, Orpheus did the only thing he knew might salve his broken heart—he played his music.

Now, his music of mourning was no different than his music of celebration—it was beautiful and moved all those who heard it. Gods and nymphs alike gathered 'round to hear Orpheus play his melodies of great sadness and loss. And the Gods and nymphs were so moved by these melodies, that they convinced our mournful Orpheus to journey to the Underworld in search of Eurydice.

And Orpheus, as any legendary lover deep in loss would do, he journeyed to the Underworld to rescue his beloved.

Now Orpheus was a mortal, and no mortals could pass through the gates of the Underworld without perishing. But Orpheus, if you remember, had moved many Gods to tears—and so, this lover was able to enter under the protection of the Gods.

Once inside the deeper realms, Orpheus went straight to Hades and Persephone—the rulers of the Underworld.

He knew better than to simply ask for his beloved Eurydice back, for the Gods of the Underworld did not play favorites. So instead, Orpheus did the only thing he thought might sway their hearts and minds—he played his music.

His melodies, as always, were so moving they melted even the heart of Hades. And so, the God of the Underworld permitted Orpheus to release his Eurydice from death's grip, but under one condition: Orpheus would lead Eurydice out of the Underworld, but he could not turn to look at her until they both returned to the light of the earth.

Orpheus agreed—he knew that a man like him could easily pass this one final test, and his love would finally be his once again!

He thanked the Gods, turned around, and began the journey—leading Eurydice out of the Underworld.

But doubt began to creep in.

Could he hear her footsteps? Was she really there—following close behind? Did Hades trick him and now he's leaving the Underworld without the love he came to find?

This doubt festered inside Orpheus' mind until he could bear it no longer.
And just before he made his final step outside the Underworld, Orpheus turned to look behind him.

And there stood Eurydice.

For one small moment, the two lovers shared a look, before Eurydice was pulled back into the depths of the Underworld—for Orpheus did not pass Hades' test.

And that, dear reader, was that.

Orpheus would later try to re-enter the Underworld—but not even a mortal protected by Gods was allowed to enter the realm of death twice and still keep their life.

And so it is said, that Orpheus lived out the rest of his days in deep mourning and sadness—eventually going mad from the depths of his grief.

But, unlike other tragic tales, this one does find its happiness once more (I promise you)!

For the two lovers would eventually be reunited upon Orpheus' death, and find their joy once more as souls in the land of the dead.

And with that said, it is here, dear reader, that our story ends.