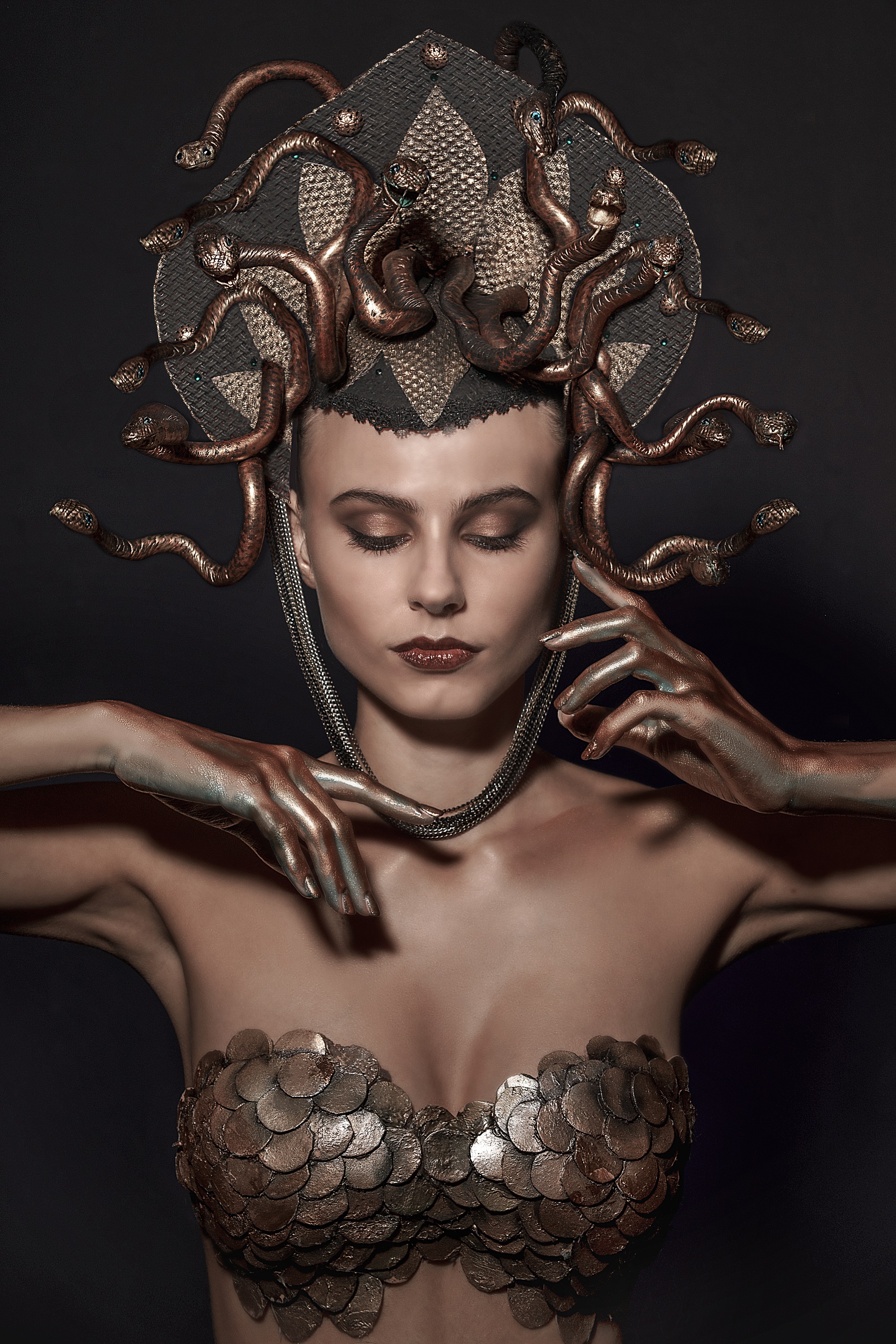 The Myth of Medusa

A tragic tale of lust, horror, and misdirected punishment.

Our story begins with the birth of Medusa.

Born as one of three sisters—known as the Gorgons—to the primordial sea God and Goddess (Phorcys and Ceto), Medusa was the most blessed of all their daughters, or so it seemed. While her sisters were monstrous immortal beasts, Medusa was a great and mortal beauty—a legendary sight to behold. It was said that her hair was the "most wonderful of her charms." And for most of her youth, the world fell to its knees for the most beautiful of the Gorgon girls.

But, as we well know, all would quickly turn from fruitful to rotten for our fair Medusa.

Her illustrious luck would turn on that fateful day when Medusa's beauty caught the eye of the sea God, Poseidon. Struck deep by her breathless beauty, Poseidon decided he must have Medusa. That he must claim her—at all costs. It was with this wicked knowing in mind that Poseidon took Medusa to Athena's temple where he proceeded to take her against her will. But Medusa's horror wouldn't end there. When Athena found out what happened inside the walls of her temple, she flew into a rage and cursed Medusa—transforming her pretty hair into spitting snakes, and twisting her pretty face into something so horrifying, it would turn any onlooker into stone.

And now, our poor sweet Medusa has been turned into a monstrous and lonely beast—for anyone that casts their sight onto her face, would become flesh turned stone.

Now I'm afraid, dear reader, if you were hoping for a happy ending, you won't find one here. For after Medusa was cursed and sequestered herself to a lifetime of solitude, along came a "hero" with a blade by the name of Perseus. 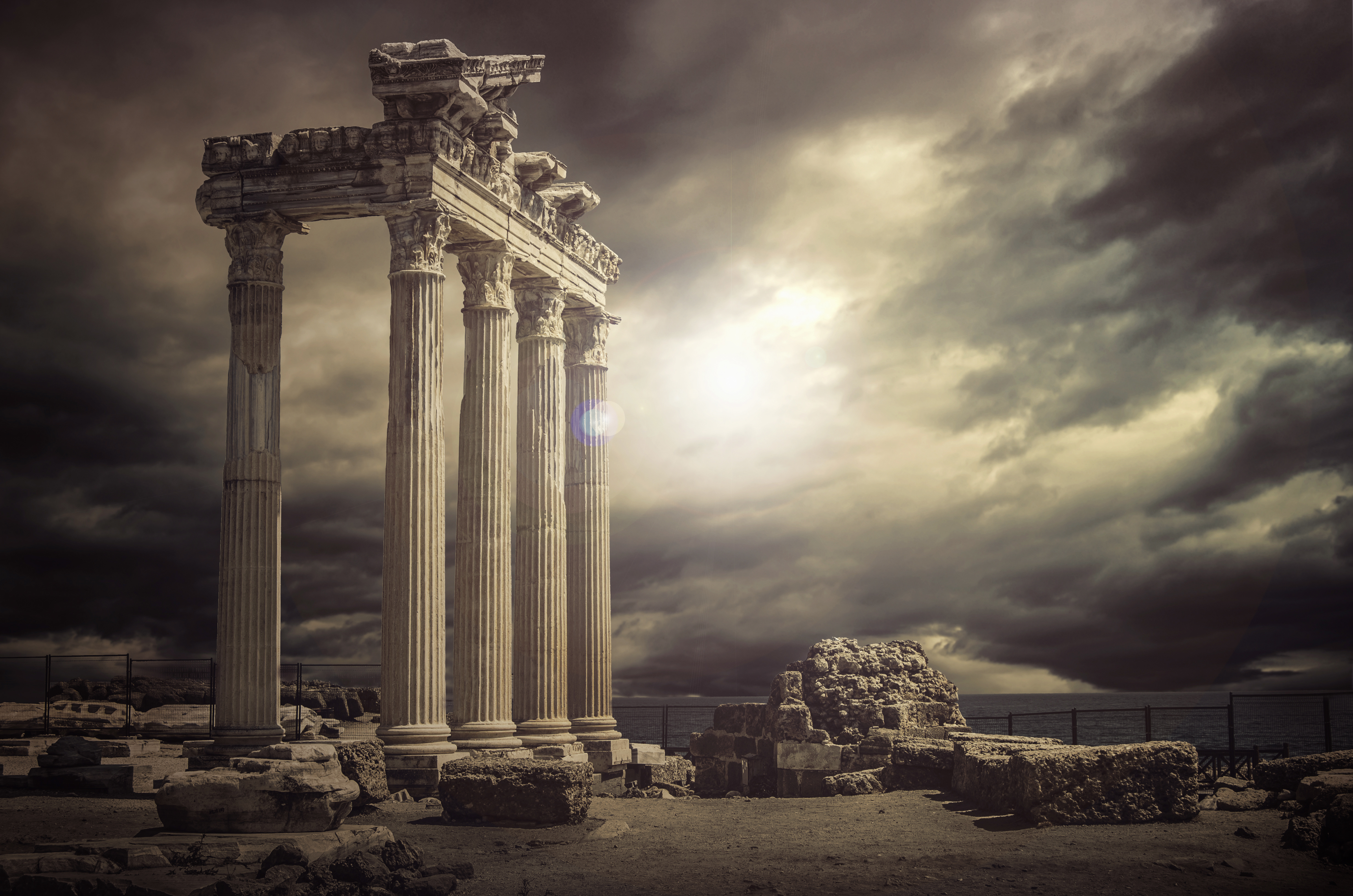 Perseus, son of the mortal princess, Danae, and the mighty God, Zeus, was quite protective of his mortal mother.

So, when a king by the name of Polydectes resolved to marry Danae by any means necessary, the king knew he had to remove Perseus from the equation.

Now, what does this have to do with our slithering-haired Medusa? Well, the king ordered Perseus to bring him Medusa's head as a worthy-enough gift for the fake wedding (to another) that the king devised as a ruse. The king, knowing full well that to ask this meant he was sentencing Perseus to death, was proud of this plan. Once Perseus had died in this foolish quest, he would be free to finally marry his mother! After all, there was simply no way Perseus could defeat this infamous monster. Or so the king thought.

So, Perseus set out on a journey to find and kill the mortal Gorgon. And as fortune would have it, he came across the Goddess Athena (remember her?) and the God Hermes, who bestowed upon him both gifts and advice to aide him in his quest to kill Medusa. It was this kind of fortune that guided Perseus along his path—bringing him to other beings who would impart him with gifts that would help his mission to defeat Medusa.

With all the help this hero received, Perseus was able to find Medusa—fast asleep inside the Gorgon's cave. Using the reflective bronze shield he was gifted by Athena, Perseus was able to watch Medusa through her reflection without being cast into stone. It was through this shield that the young man was able to sneak up on Medusa—ultimately ending her life with the sharp slice of his scythe.

And this, dear reader, is where our story ends.

Perseus would go back to his wicked king, head in hand, and use the magic of Medusa's curse to take his revenge on the man who wished him dead. But, Medusa? Oh, Medusa. Some myths say that she was impregnated by Poseidon at the temple, and upon her beheading, released her two children (Pegasus and Chrysaor) into the world through the split in her neck. Medusa’s legacy would live on through her children, as her fate was tragically twisted, and her life, ultimately cut short.

And this, dear reader, is where our story ends.

No redemption, no revenge. Just a girl transformed in a wicked twist of fate, who would meet her end at the hands of a brave young man.